Canine Hoopers UK is run by a committee. Each of the committee members has an equal vote and they make decisions regarding the Rules, Regulations and work hard to maintain the ethos and integrity of the organisation and the sport as a whole. 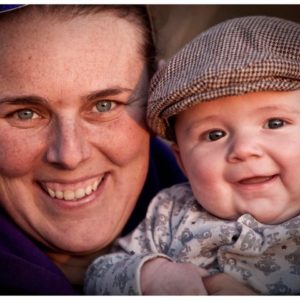 Faye runs Phase Purple agility training club based in Cumbria. Faye has been competing in agility for many years with her own dogs.

Carol, along with her the training partner, Wendy Halliday, offers Hoopers and Dog Parkour classes at Training for Paws in Dorset.

She got involved with training when she got her first dog in the early 1980s. Carol spent more time training when she adopted her collie x pup, Sukie (on right in picture). After achieving Gold in the Kennel Club’s Good Citizen Dog Scheme, she became interested in Heelwork to Music. In 2011, she started HTM classes at her local dog training club and putting on HTM and agility displays at local charity events.

Carol now focuses on Hoopers classes and workshops at Training for Paws, which was started in July 2020.

Carol is a qualified Kennel Club Good Citizen Dog Scheme Examiner, testing up to Gold level.
She is an Adv. Accredited Canine Hoopers UK Instructor and is proud to be able to say her class members were some of the first to gain their Good Hoopers Awards in Dorset. Carol and her Dorset based team frequently run Hoopers Taster sessions at local events.

In August 2018 Carol teamed up with Adv.Accredited Canine Hoopers UK Instructor, Jodie Darvill, to run Hoopers shows in the South West, for their students under the name Super Hoopers. Since February 2019 they have only run CHUK Licensed Shows. Carol had the honour of being Captain of the Super Hoopers team that won Canine Hoopers UK’s first Tri-Score Tournament in 2019.

Carol is a retired professional copywriter and brings a wealth of business and marketing knowledge to the committee. 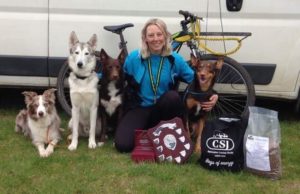 Hayley is based in South Lincolnshire and runs Taming Canines, a dog training club based near Spalding. Working full time in a reputable rescue centre learning about canine behaviour before qualifying to be a dog training instructor with BIPDT, Hayley set up classes for agility and obedience in 2011 and now also offers Hoopers classes. Hayley has been a driving force behind bringing Hoopers to the UK and has been successfully teaching and running Hoopers/NADAC style competitions since 2014.

Hayley competes in agility with a range of different breeds currently spanning grades 3 to 7 at the Kennel Club, most commonly seen competing with distance handling with her Kelpies and her Husky. When not training or competing in agility, Hayley spends her time competing in Bikejor and Canicross and doing other dog related activities such as K9SUP, heelwork to music freestyle, running the British Agility Association and working with dogs with behavioural issues.

Hayley does a lot of 1-2-1 training specifically aimed at problem solving for handlers and their dogs. Hayley only teaches using positive methods that involve games and free shaping.

Hayley has applied her many years sports training experience along with her professional training qualifications to develop and deliver our Accredited Instructor Programme throughout the UK, her passion for developing trainers and sports dogs is evident.

Find out more about Hayley and the services she offers here: www.tamingcanines.co.uk

Karen Doig is the main driving force behind Hoopers growing so fast up in Scotland. She is an advanced accredited CHUK instructor, travelling and putting on events and workshops as much as she can. Based up in Scotland, when she isn’t busy working with students on their Hoopers skills, she can be found up in the hills with the dogs and the sheep.

Kirsty is an Advanced Accredited Canine Hoopers UK Instructor based in North East Lincolnshire. Initially from the Midlands her love of dog training began with her childhood border collie. Tricks and home made agility courses were very much the norm in their world.

Her eagerness was rekindled later in life when she adopted a husky, Codi. Eager to give him the fun filled life he needed she took to her bike and taught him to bikejor. She also took him to regular training classes where they did heelwork to music, often performing at local fetes and schools.

A few years later Kirsty’s world changed entirely when she rescued a working sheepdog, Molly as a companion for her older husky. They made many achievements in the first year. Molly and Kirsty have worked their way through the KC GCDS Bronze, Silver and Gold awards. They have also earned Molly’s Expert Trick Dog title.

Kirsty now trains at both Taming Canines and Calmer Dog Training, as well as regularly competing in both Agility and Hoopers with both her rescue, Molly, and her younger border collie, Misha, who has also thrived in the enjoyment and skills that Hoopers has given her.

Kirsty frequently helps out behind the scenes with the Taming Canines CHUK & BAA shows as well as the very successful Tri Score Tournament where her team came 5th overall. She also teamed up with Calmer Dog Training to run CHUK events in her local area.

Jan is an Advanced ACHUKI based in Worcestershire and runs Go Go Hoopers offering weekly classes, 1-2-1s and workshops. She also hosts Canine Hoopers UK Shows / Progression Events and ‘guest’ trains for other Instructors and Clubs.

Jan has two spaniels, Rosie and Monty, who both have health issues and / or joint problems – they were her motivation for trying Hoopers towards the end of 2017, and after one taster session Jan was hooked!

She became a Level 1 Instructor in March 2018, and qualified as an Advanced Instructor in June 2019. She judges at CHUK Shows / Progression Events on a regular basis and competes with her Cocker Spaniel Monty – they have achieved Novice level in Hoopers, Barrellers and Touch & Go. Jan’s Springer Spaniel Rosie has ongoing health issues and finds the show environment very stressful so Jan has chosen not to compete with her – however, Rosie does love to work and Jan enjoys training with her when Rosie’s health allows.

Jan works closely with a couple of other Advanced Instructors (Catherine Manfield – The Doggie Den & Rachel Kuttner – Happy Dog Training) so they can all share training tips & ideas and run joint events & training workshops. She also trains with Hayley Laches (Head Trainer at CHUK) as often as possible to maintain & develop her skills and knowledge.